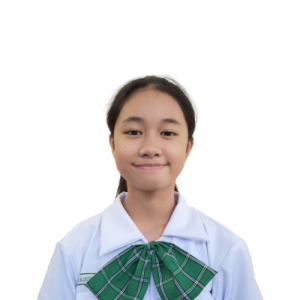 The House Induction marked a significant day for the seven Houses of the Seton-South community to formally welcome their newest members with open arms. This annual ceremony was held last November 23, 2022 in the school’s chapel, and was hosted by Petrice Gueverra from the House of St. James and Matthew Beltran from the House of San Lorenzo Ruiz.

The ceremony kicked off with opening remarks from our School President, Dr. Roberto T. Borromeo as well as a brief introduction to each House. The Supreme Student Council (SSC) also prepared an Audio Visual Presentation (AVP) that highlighted the events and activities done by the Houses during this academic year.

The climax of the event was the Pinning Ceremony, in which the new members of each House were presented by their House Chancellors and called upon to the front one by one to receive their House pins. These served as the symbols of their membership and unwavering commitment to serve and unite with their fellow Setonians. To officially induct the new additions to the Houses, the new members recited an oath to pledge their loyalty to their new homes and were guided by Trisha Mae Rojales, the SSC Chancellor.

The ceremony then came to a close with an intermission number. More specifically, a song performed by the Mighty Band. The song they picked is entitled, “Kaleidoscope World,” and was dedicated to the newly inducted House members. This was then followed by final acknowledgements from the masters of ceremony, in which they expressed nothing less than their unconditional gratitude towards everyone who came together to commemorate this significant event.

Additionally, the announcement of the Mother Seton Cup title holder for A.Y. 2020-2021 had also taken place on the day of the event, in which the House of San Pedro Calungsod had triumphed. Furthermore, the House flags were displayed during the event as well as the colorful confetti corresponding to the main colors of each house.

This served as the 8th House Induction held in ESS-South, and the first one held face-to-face after quite a while since the past two House Inductions were done virtually due to the COVID-19 pandemic. Nevertheless, every year each House is greeted with new faces and bright minds to continue their legacies. The ceremony concluded successfully as the new members took their first step into their respective Houses that would act as their families and guiding hands all throughout the A.Y. 2022-2023 and even possibly their entire high school lives.